The JB2 Abandoned Mine Discharge Treatment System was Independence Conservancy's first AMD project. It treats an abandoned mine drainage seep, Joffree Branch 2, located on Cherry Valley Road near Burgettstown in Washington County which used to dump over 60 tons of iron and 8 tons of aluminum each year into the headwaters of Raccoon Creek. The JB2 seep was targeted for cleanup by the Raccoon Creek Watershed AMD Survey and Restoration Plan completed in 2000.

Many organizations and agencies teamed up with Independence Conservancy and the Raccoon Creek Watershed Association to treat the JB2 Discharge.

Independence Conservancy accepted the donation of property surrounding the JB2 discharge to build a Vertical Flow Wetland, a passive system which removes the iron compounds and acidity.

Over time, the high concentration of iron in the discharge water repeatedly clogged the system.  In 2009, the Vertical Flow Wetland was converted to a FeAlMn Bed, a different type of passive treatment system which is more effective at treating the JB2 discharge. FeAlMn stands for Iron (Fe), Aluminum (Al) and Manganese (Mn), common pollutants in Acid Mine Drainage. 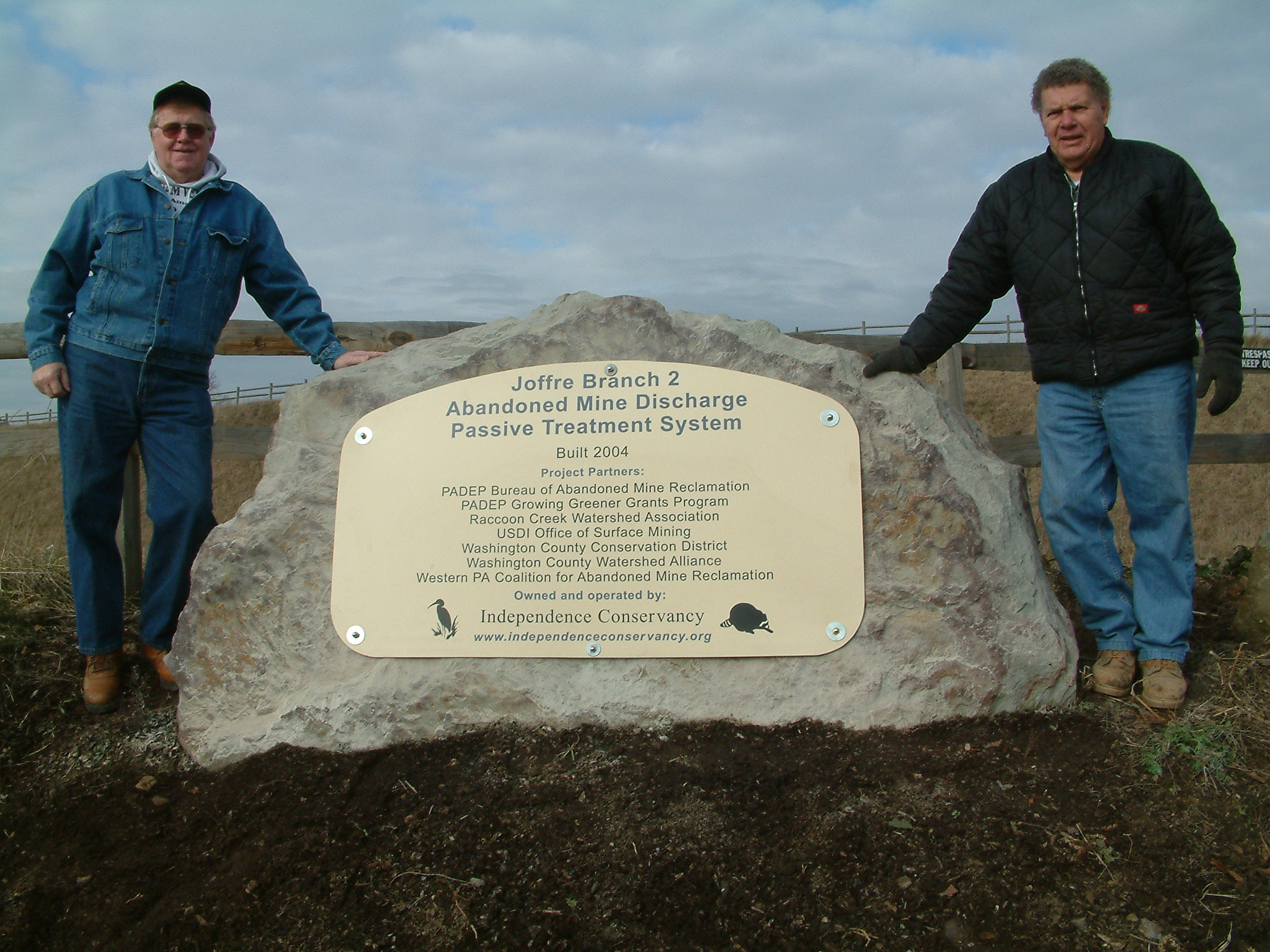 Independence Conservancy gratefully acknowledges the support of its many partners, patrons, and volunteers.